Columbia River Creative Initiatives is currently on hiatus and may resume in the future, this website serves as an archive of the project. 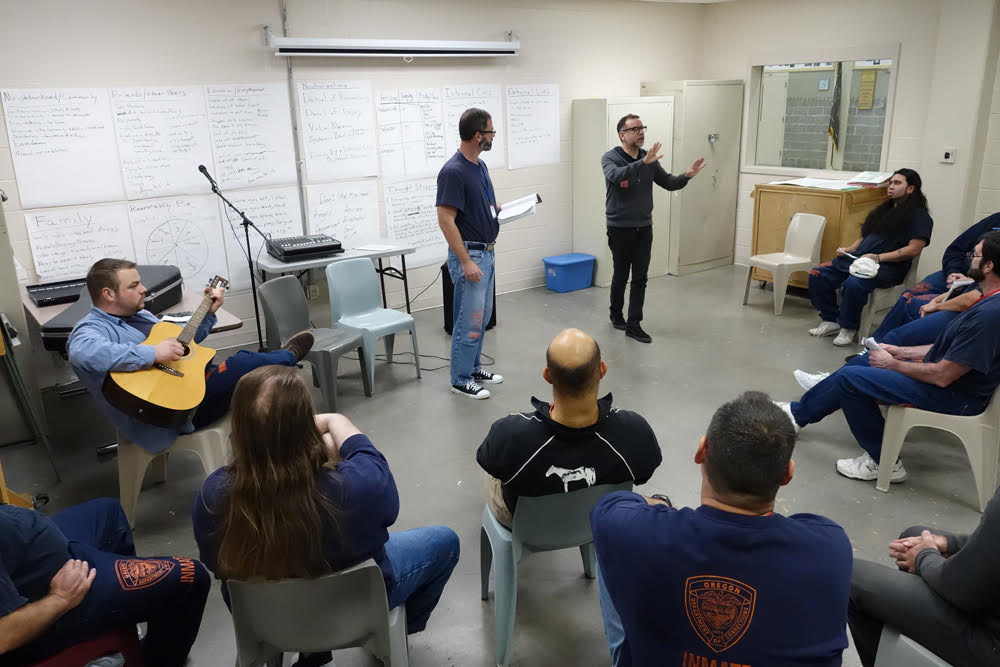 The Columbia River Correctional Institution (CRCI) Comedy School included weekly comedy classes and quarterly comedy shows inside the walls of a men’s prison in North Portland from 2018-2019. The project came about as an extension from the volunteer work done on the CRCI Artist Residency by self-selected members of the Portland State University’s Art and Social Practice MFA program beginning in 2016. The School was initiated by an incarcerated artist in the CRCI Artist Residency who also had an interest in stand up comedy. By January 2018 the project began.

Over the course of a year, Co-ounder and Director, Roshani Thakore, collaborated with a team of artists and volunteers including Anke Schüttler, Brenna Maschinot Dorsey, Harrell Fletcher, Michael Bernard Stevenson, Jr., and Spencer Byrne-Seres, along with outside guest comedians and incarcerated comedians creating a platform to explore stand-up, improv, and sketch comedy within a prison context. Portland comics, Marcus Coleman, Katie Nguyen, Milan Patel, Alex Falcone, Kate Murphy, and Mohanad Elsheiky have led workshops about stand up comedy in the local scene and their experiences forming their creative practice. Improviser Betse Greene has provided improv workshops. Jason Rouse has led the class through developing a comedic sketch in one class period. The School has also hosted Master Classes by national comedians Fred Armisen and Hari Kondabolu in stand-up and sketch comedy.

By developing this experimental and generative space to allow humor to be explored and formalized within the prison system, the School hopes to continue to provide the opportunity to creatively question and challenge the experience of incarceration directly by those who experience it on the inside.